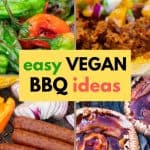 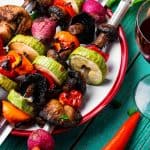 Before you spend precious time prepping vegetable skewers, consider these 3 vegan options at your next BBQ.  They pair quite nicely with Crianza Rioja wine too. 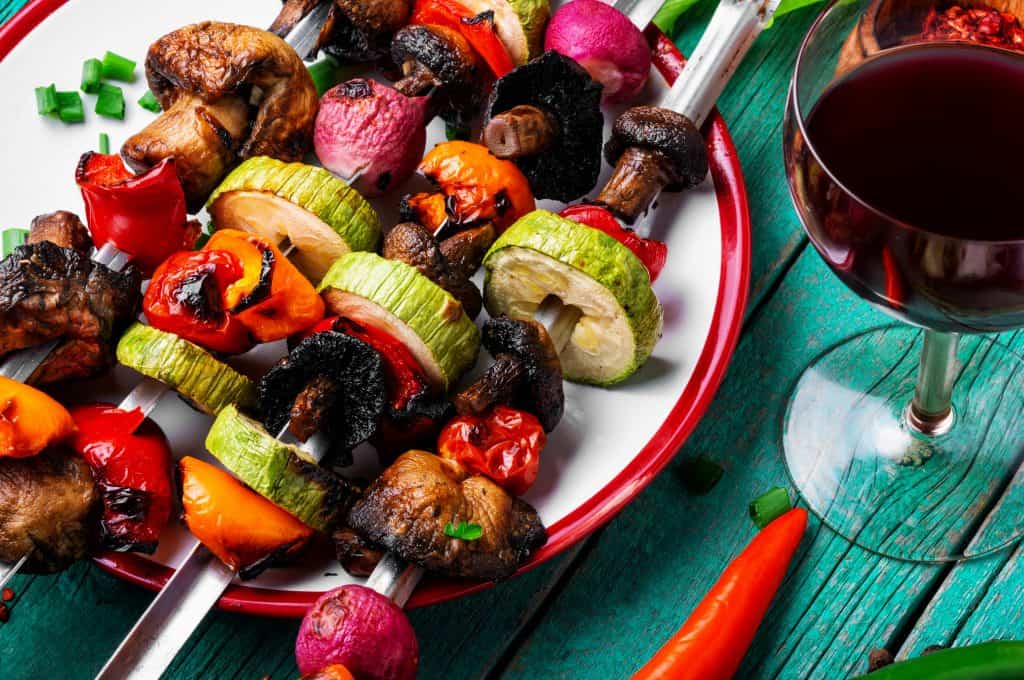 Vegetable skewers are fun to eat, but you can skip the chopping and prep work with these 3 vegan BBQ ideas below.

There always has to be a vegetarian/vegan option for any kind of get together, including a summer BBQ.

Luckily, it’s not very difficult, and vegan options can even taste just as good as “meat” on the fire.

Why not give these 3 dishes a try? 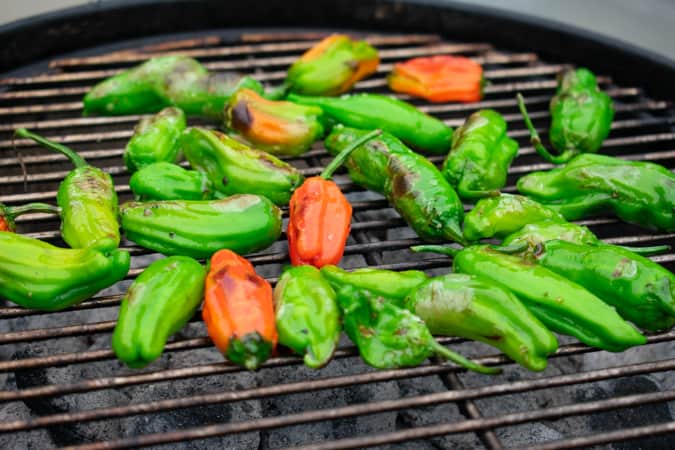 Shishito peppers are just large enough not to slip through the grill grates. 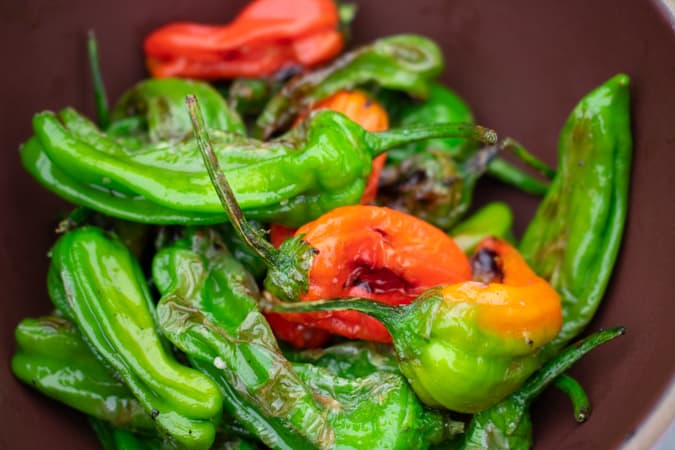 These bite size poppers are the cherries of the vegetable world and usually not too spicy either.

Shishito peppers are a small, thin skinned and shriveled one bite wonder you hold by the stem to pop in to your mouth just like a cherry.

They can be spicy, but more often than not, they are mild.

This appetizer seems to show up in the summertime in countless farm to table restaurants on the West Coast.

It’s really too simple and so easy to make @ home.

Just the standard toss with olive oil and sea salt.

Toss with olive oil and grill for 30 seconds to 1 minute per side.  Season with salt.

That little bit of smokiness from the grill improves the flavor so much more.

They also taste really great with some miso sauce and Japanese whisky. 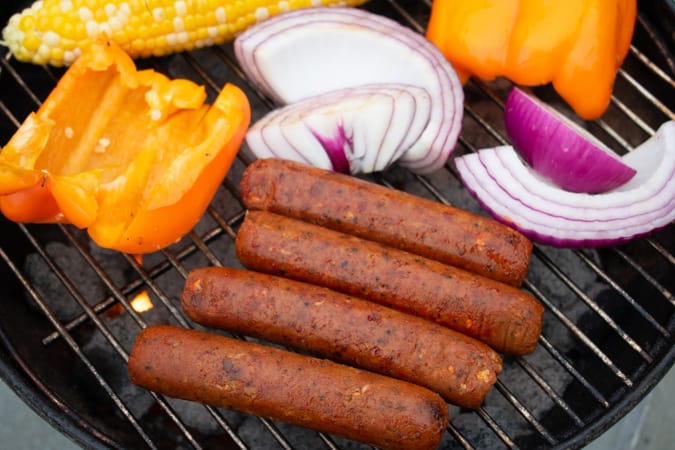 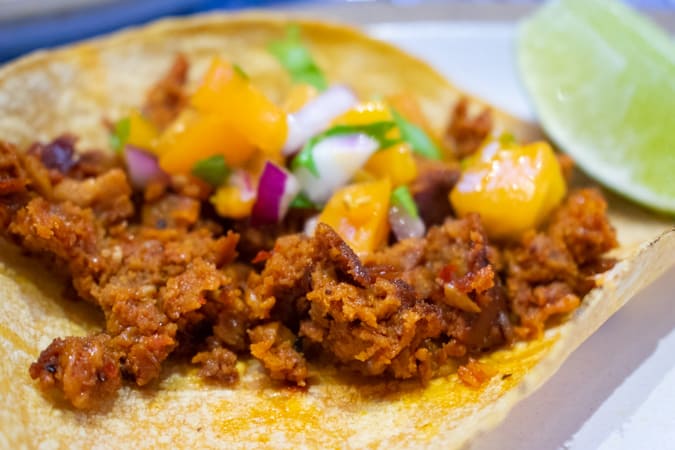 Try spreading the vegan sausage love over a corn tortilla for a light Mexican meal.

If you’re an omnivore, frankly, the sound of vegan sausages sounds gross.

But these plant based sausages from Field Roast may make you change your mind.

A Blend of European and Asian Heritage

As the label states, these sausages are “a blend of European and Asian heritage”.

Unlike many vegan “meat” products that are processed from soybeans, the only unusual product used in this one is Vital wheat gluten.

Wheat gluten is used in Chinese cuisine for dishes such as kao-fu and seitan.

I brought these to a sausage party with an assortment of pork and beef sausages on the grill.  Everyone was so surprised at how good they tasted and how much they resembled meat in texture and flavor.

The chorizo flavor is a wee bit spicy so beware.

Though once smushed into warmed corn tortillas with a fresh tomato salsa on top, you won’t mind the spicy kick. 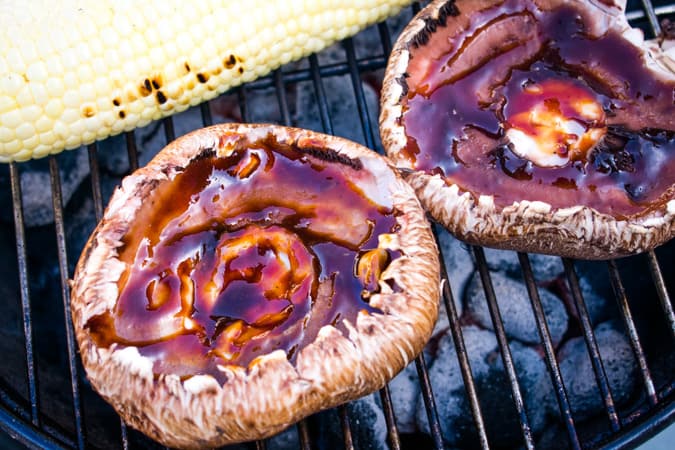 A big portabella mushroom slathered with BBQ sauce on the grill is sweet, savory, and smoky. 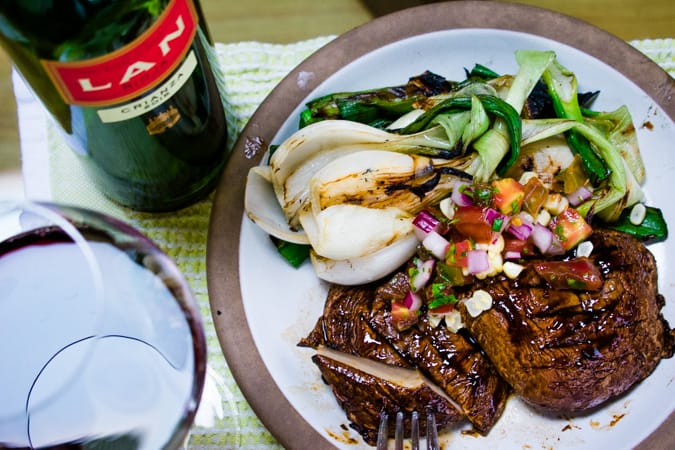 The flavors also pair well with the ever food friendly Rioja wine.

What would an outdoor BBQ get together be without some actual BBQ sauce?

Whether homemade or store bought, the sauce seems to match with everything including giant portabella mushrooms.

Hopefully though the BBQ sauce is not overly sweet.

Oftentimes sugar can be the first ingredient in bottled BBQ sauces.

I usually add a couple dashes of soy sauce to balance out the sugar.

Scrape out the gills and slather on your favorite sauce while it cooks on the grill.  It will probably be the juiciest “steak” you’ve ever had. 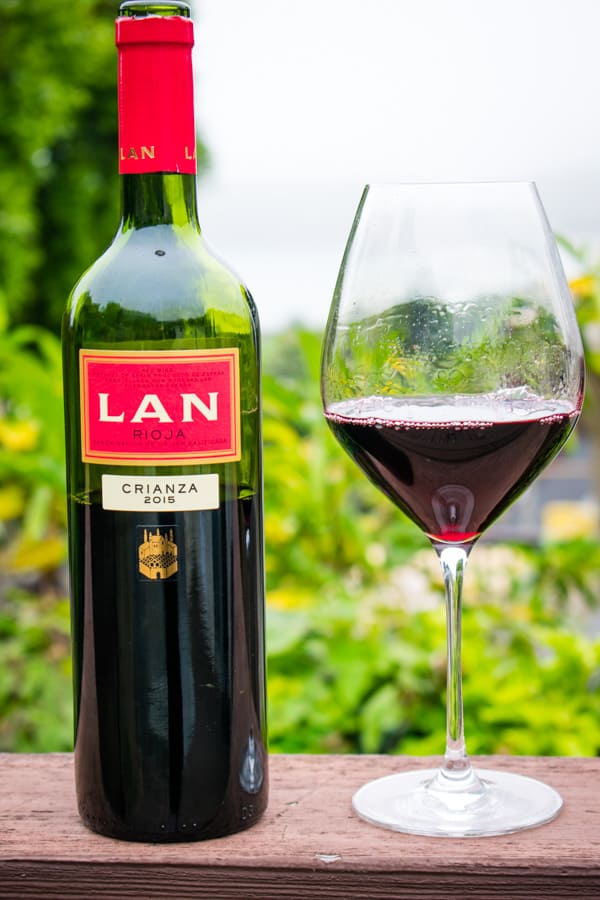 This 2015 Crianza Rioja from Bodegas LAN ($14) show ripe red fruit flavors with some leather and bay leaf that marry well with grilled food. (Disclosure: This wine was provided as a sample. All opinions expressed are unique to this blog.)

While there are many drinks you could pair with an outdoor BBQ feast, consider a Spanish Rioja wine made from tempranillo grapes.

There are 4 styles of Rioja to look for in the store:

Joven Riojas can be a bit hard to find.  Crianza Riojas are a bit easier to find and very affordable with most bottles under $15.

Rioja is often recommended with BBQ foods and for good reason.  It is very food friendly and classically paired with all the wonderful tapas from Spain.

It matches with the vegetal, smoky notes of the shisito peppers, handles the spice in the chorizo “sausages,” and stands up to the sweetness in the BBQ sauced portabella mushrooms without clashing with the tannins too much.

I tried these pairings with the 2015 Crianza Rioja from Bodegas LAN (provided as a sample) and was quite pleased with how well it danced with different partners.

I also tried the wine with herb roasted chicken, grassfed steak haché, and hot smoked salmon.  However, I didn’t like it nearly as much as with the vegetable options.

Why is Crianza Rioja best paired with BBQ?

For my money, Crianza works well for a party since it is more affordably priced.

In addition, if you don’t end up liking it, you can turn it into sangria and not feel guilty about spending so much on a bottle of wine you’re diluting with sugar, fruit, and ice.

For more expert tips on pairing Rioja wines, check out these posts from the #winePW writers:

Do you love BBQ?  Spread the ♥, and please share!

More recipes you may enjoy 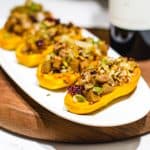 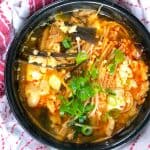 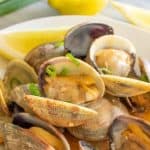 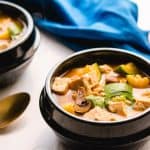 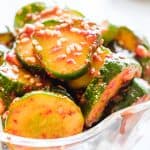 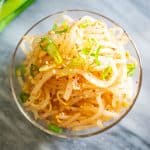 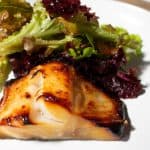